Day at the Office 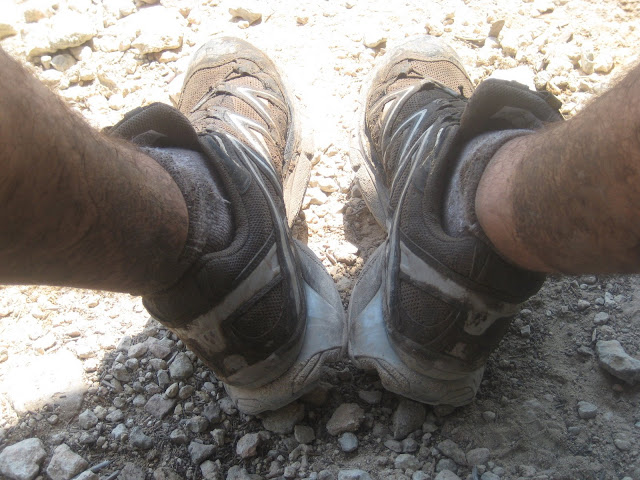 All Terrain Vehicle
I press on toward the goal to win the prize for which God has called me heavenward in Christ Jesus. - Phillppians 3:14

We are just living the dream.  It’s a fever dream, but it’s still a dream.  I have to admit there is a certain amount of schadenfreude with me this year for only this reason:  If you get a Christmas letter from someone this year, and they tell you how great it was, and all the international travel they did, and how epic it all was, you know right then, they are liars.  LIARS, I TELL YA!  (and never to be trusted again.)  My guess, they just won’t write a letter.  Conversely, I haven’t written a Realistic Christmas letter in recent years….and what time could be better than to pen such treatise in a year like 2020.

In short, this was what was planned this year:  I (Dave) was invited to the Magic History Conference in Vegas.  This was to be epic as the 150 members were going to get a personal tour of David Copperfield’s crazy awesome museum….by David himself.  The family would meet up with me in Vegas at the end of the conference to do a family trip to the Las Vegas, Grand Canyon, Sedona, and a  Diamondback Baseball game.  CANCELLED!  This year we celebrated 25 of blissful years of marriage…if you don’t believe it’s blissful, just ask Bren…she’ll tell you it is so.  We were going to spend 7 days in Maui, Hawaii. CANCELLED!

I don’t have to give you the details of what this year looked like…. zoom calls, online school, revised or cancelled plans…If you feel the need for me to give details…. you are a special one, aren’t you?!?

But since this is the first Realistic Christmas Letter in a while…let me give you the “cliff notes version.” (if you are under 30 years old… google ‘Cliff Notes’ and bless your little heart.)

Luke is in his 2nd year at the University of Arkansas majoring in Political Science – Honors College.  He is doing extremely well. He technically is a junior in his hours and plans on going to Law School. (No one is perfect…I kid, of course. We are very proud of him.)  He is currently an RA and is teaching freshman how to operate vacuum cleaners…. I kid you not.  There is a lot I had written about how to keep your precious little angel from becoming entitled and how to instill some fundamental life skills into the pre-addressed little angel… Bren in her wisdom edited that part of the letter.

Macy is in her senior year of high school.  She closed out  4 years of an epic marching band career this past week.  A type “A” overachiever, her list of accomplishments is far and wide, and if I were to list them all, it would seem precocious.  Just let me say that she could run a Fortune 500 company.   She has been accepted to all 6 of the Universities she applied to and is being heavily recruited by an Ivy League institution.  She is still in the decision-making process.  She is active in her church youth group, tutors students for pay, and is a birthday party coordinator at a local bowling alley.  She can operate a vacuum cleaner.

Hope is beginning her Freshman year of high school.  She has the unbelievable ability to dance every…and I do mean every single one…Tik Tok Dances known to the general public.  She keeps us laughing.  She is quick witted, a little edgy and works at shooting out comments that get Bren and I to turn our heads…mainly in shock.   She participated in high school marching band with her sister…yes there was peer pressure.  She is also a wrestler for the high school girls team…yes, there was some peer pressure from her older brother (Luke was a State Qualified wrestler).  She tells me that the wrestling thing is her jam.  She is also enjoying the broadcast classes.  It looks like film/movies is her main love.  Even though she is still 4 years away from needing those aforementioned fundamental life skills…she, too, can operate a vacuum cleaner.

Kyle is in 3rd grade.  He loves his brother and sisters…gets upset when Luke heads off to college and likes to speak in a British accent…. a lot.  He makes us laugh.  He still loves the magic of Elf on the Shelf, and he makes friends wherever… and I do mean wherever... he goes.  He is playing soccer…both indoor and outdoor.  He began his baseball career this year before the Covid thing shut it down. He will play baseball next spring.  (btw….Baseball is a fundamental life skill in the Elliott Tribe.)  If you need to know anything about Fortnite, I have your source…. he is the 3rd grader that lives in our house and eats his weight in chicken nuggets.  He is also able to operate a vacuum cleaner.

Bren, runs this circus.  I have to say that having 2 other drivers in the house simplifies the logistics, but it still needs a coordinator.  It also requires a sense of humor…she makes me laugh…mainly with stories from her part time job.  She started working part time as a CPA for Turbo Tax.  I have learned that if you sell a business for 7 figures, don’t wait 2 days before they’re due before you decided to start the tax return.  I have also learned that you can’t claim your brother who is in jail as your dependent.  Did you know you can claim self-employment expenses when you work as a “webcam model?”  Me neither.     Bren’s mantra this year has been, “God has given me so many days on this earth…and I’m not wasting them.”  True words people.  We have been cautious but we haven’t lived in fear.    In July, we loaded up the SUV and took a road trip to Moab, UT.  We went white water river rafting in Durango, CO, 4 wheel drived the desert of Moab Arches, slid down the sand dunes of Sand Dunes National Park in CO and hiked to Zapata Falls.  It was an epic trip, and we plan on going back to Moab to do some canyoneering.    This great family vacation would not have happened without my adventurous, hot wife. She is our vacuum cleaner operation instructor.

Down to me.  I still work for the same company I have for the past 19 years.  In August 2019, our ownership group (4 of us) completed the buyout of the company.  We are now having the great pleasure of navigating uncharted waters of a global pandemic.  I still love reading.  I have gotten into leatherworking, and I still love performing magic.  In 2019, I was awarded ‘Best Close-Up Magician’ by Texas Association of Magicians.   I have also been reworking some of my one man show and look forward to performing for real people again when this all clears.   Between work, and chasing the kids around in their activities and hobbies…my waking hours are filled. I’m still learning how to operate a vacuum cleaner.

4 years ago, my Dad was diagnosed with melanoma in the sinus cavity.  He was given 6 months to live.  Oh…and this was the second time he was diagnosed with cancer.  The first time was colon cancer when I was a junior in high school.    Over the past year, his mind began to slip and dementia began to take over.  Cancer also took his sight in both eyes.  He loved to read and write, and this only became a part of his past.  Despite all of this, the part of the brain that keeps the ‘sense of humor,’ remained firing on all cylinders.  In February of this year, in a rare moment of poignant clarity, he said to my mom, “I can’t see, I can’t remember, It’s time to go home.” Mom asked where home was.  Dad responded, ‘Heaven.”  They had celebrated almost 52 years of marriage this year.  On June 3rd, Bren and I celebrated our 25th anniversary, and Dad went Home.

I know that most of this letter is snarky, and I also know that this year has provided a lifetime of challenges.  These are not the best of times for many.  But I know this; there is Hope!  That is the essence of human survival…Hope.  Hope in something.  If anything, this year has taught us, hope in the temporal things are as King Solomon said, “dust in the wind.” Hope in money, retirement portfolios and education fall woefully short.  Hope in our job and a well-planned future…well, we know that can be ripped away from our tightly closed fist.  All of life’s problems will not be solved by the hope of having a vaccine.  But there still is Hope.  This is the season of Hope.  This year, with my Dad’s death, it becomes ever more evident, that hope needs to be in something more everlasting.  In this season, I am reminded that over 2000 years ago, Hope came to earth wrapped in swaddling clothes and laid in a manager.  Hope became humanity, and then paid the ultimate sacrifice on a cross firmly planted on Golgotha.  And Hope can become a realization in all of our lives.  And may the Joy of Christmas, become real in the Hope we have in Christ.  For one day, it will be time to go Home.

P.S.  May you also know how to use a vacuum cleaner. 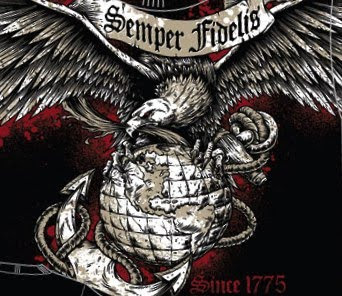 "I have finished the race...."- Apostle Paul

A Rebel with a Heart...a Large Sprocket for a Heart 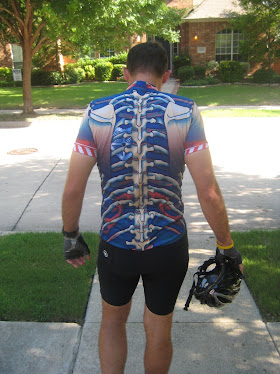 “Pain is temporary. It may last a minute, an hour, a day, or a year, but eventually it will subside and something else will take its place. If I quit, however, it last forever.” – Lance Armstrong

"...the truth that someday, you will go for your last run. But not today—today you got to run." - Matt Crownover (after his Western States 100 mile Ultra)

"We must all suffer one of two things, the pain of discipline or the pain of regret and disappointment."

...And the ADVENTURE Continues

Place your vote for ...And the ADVENTURE Continues and find more Triathlon Training at TriDisciple.com.

...Deep in the Heart of TEXAS 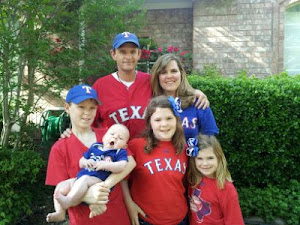 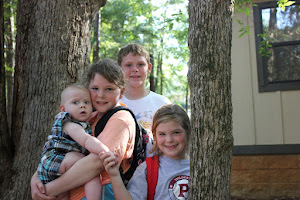 Crazy is always one step from where you are.